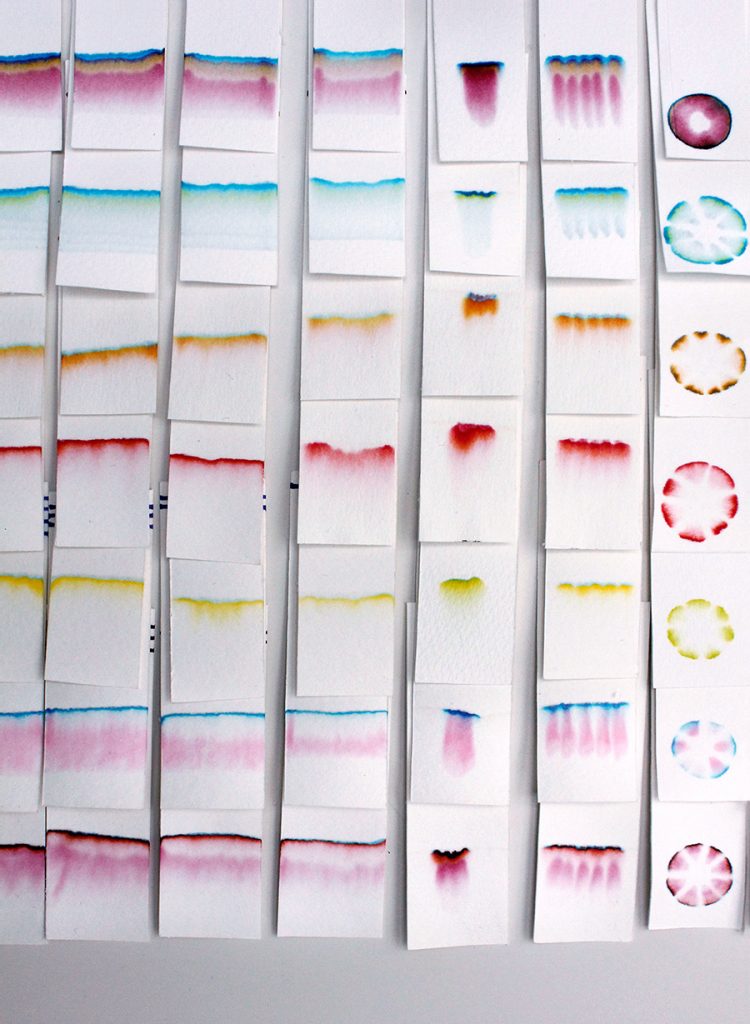 When living in a foreign land the limits of oral communication become more obvious than anywhere else. I often find myself rescuing unusual or invented words when I am unable to express my thoughts into  the relatively limited English I have at my disposition.  Perhaps odd attempts of expressing myself are, whilst probably incomprehensible, somehow ’unpolluted-er’ in form, although you will have to settle for an unsatisfactory wrong-word, which often holds miss-placed and unintentional weight.

It is sad to think that you might only be enjoying a watered down version of the relationship you might be having if you were to share the same mother  tongue(s). Or maybe it is this unadorned speech that is the more authentic, the one which comes when you have not yet learnt to manipulate the said language into the shape of appearance, lies, sarcasm or puzzle.

No Fixed Colour Continuum represents this constant misconception leading to an often feeling of displacement, forcing oneself to look back at how life use to be or would be like back home.

Cross-cultural interaction begins and ends with difference; new places, new behaviour, new language. It may seem that the inherent variability of cross-cultural interaction and biculturalism prevents any patterns or generalisations from being established. What is established however, is not a universal model or fixed pattern, but a universal motion of balancing between two cultures, being near and far, being different and accepted.

The displacement of the individual to an unknown geografic space, as a deliberated act of placing oneself in an alien context, becomes a journey not only spatial but vital, it transforms the traveler in the fundamental protagonist of a challenge that often gets initiated with the acceptation of loneliness.

Vanessa Donoso López is born in Barcelona, Spain, and  lives and works in Dublin, Ireland. Vanessa is represented by Kevin Kavanagh Gallery, Dublin.