Heidi Sincuba is an artist in residence at the NKF guest studio apartment Malongen in Stockholm, invited by Candyland. For this public event she has invited Megan Curet who is a Puerto Rican American Bronx native performer, choreographer, and educator. Curet’s works draw on Afro-Latin rhythm and movement through mixed media, text, and contemporary dance forms. Through their reading group, which consists of several black women PhD candidates and is based on the work of black feminist Sylvia Winter, they found a common research interest in the nuanced rhythms of the African drum on the continent and its diaspora.
By inviting Curet to collaborate during this residency, Sincuba not only wanted to further their conversation but also use the conversation as part of their research. The collaboration which will be screened on the 13th of August 2021 will include performances, which operate as a dialogue between the two practitioners. This way of working is fluid and generative and is an experiment in using practice as research.

Organised by Sincuba, Malongen will also host an exhibition by Lefifi Tladi who will give an artist talk at 6pm. The exhibition constitutes an introduction to the intergenerational dialogue between these two South African abstractionist painters currently working in Stockholm. In the first part, Lefifi Tladi presents paintings in the context of this dialogue which centers around spirits in exile or suspended spirits. It explores the connections between spirituality and abstraction as well as how time and space affect this dynamic.
Lefifi Tladi was born at Lady Selborne, Pretoria in 1949. Tladi is an artist, poet, and jazz singer. Most of Lefifi Tladi’s artwork was created in Sweden because this is where Tladi was in exile. 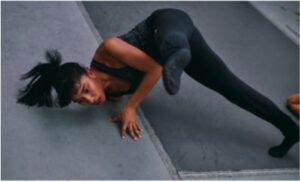 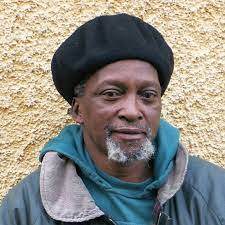 Ritual: Marcia Harvey Isaksson and Thembeka Heidi Sincuba serve African beer (umqombothi) which they have brewed together for a week.
Performance: Marcia Harvey Isaksson presents a continuation of her performative work ‘Matriarchs: Myths and Legends’.
Exhibition: Heidi Sincuba presents paintings in response to Lefifi Tladi’s paintings which were presented at the initial ‘Spirits in Exile’ happening.
Screening: An online performative collaboration between Heidi Sincuba and Megan Curet.

Thembeka Heidi Sincuba (they/them) is part of the Artist-Run Practice and Theory course at Konstfack, lead by Candyland, as a part of the Artist-Run Network Europe, supported by Creative Europe.
Sincuba began undergraduate studies at the University of Cape Town and Artez Arnhem going on to do a masters at Goldsmiths University of London and is now a PhD candidate at the University of Cape Town with a working thesis title: Ubungoma, Fetish and Technology: A Synthesis of Art. The artist has worked globally on individual as well as collaborative projects and taught painting at Rhodes University as well as an ongoing course called Spirituality in Art at the University of Cape Town. This research interest is rooted in the artist’s own training as a sangoma (Traditional Healer) and association with Bonabakhulu Abasekhemu through the work of elder and healer Mkhulu Nsingiza, supported by the Zindzi Mandela Foundation.

Marcia Harvey Isaksson is an artist whose main line of inquiry is our common cultural heritage, using textile techniques as a vehicle to navigate her investigations. She is interested in site-specific narratives, working often with a mix of media, from video, to sculpture, to performance.
Her latest project, “Matriarchs: Myths & Legends”, she explores the personal histories of the matriarchs in her family, woven together with the mythological narratives of godesses from many different belief systems. Her guest appearance in Heidi Sincuba’s “Spirits in Exile” at Malongen will include an oration, a weaving performance and a woven piece.
This project was made possible by a grant from the Swedish Art Grants Committee.
https://www.facebook.com/marcia.isaksson
https://www.instagram.com/marcia_harvey_isaksson/
https://marcia.se/

Lefifi Tladi was born at Lady Selborne, Pretoria in 1949. Tladi is an artist, poet, and jazz singer. Most of Lefifi Tladi’s artwork was created in Sweden because this is where Tladi was in exile. In Sweden, Tladi apprenticed under Harvey Cropper, who is a well-known painter who taught another jazz artist, Charlie Parker, how to paint. Tladi received a scholarship to enter Cropper’s studio in 1980.
Lefifi Tladi’s style is described as modernist and African. Tladi uses a plethora of disciplines for his artwork. These include calligraphy, drawing, and oil paintings.

Megan Curet is a Puerto Rican American Bronx native performer, choreographer, and educator. Curet’s works draw on Afro-Latin rhythm and movement through mixed media, text, and contemporary dance forms.
Curet is artistic director and choreographer of NYC contemporary dance company, Curet Performance Project. And founder of online dance publication TiLLT Magazine. Curet’s work has been performed, taught and seen throughout the UK, EU, Armenia, Palestine, Israel, Cuba and the USA. Holding an MA in Dance studies from Roehampton University and trained at the Martha Graham School. Curet has served on the Franklin and Marshall College as well as Martha Graham School faculty.
http://megancuret.com

The event was a part of the summer course at Konstfack, ‘Artist-Run: practice and theory’, held by Candyland (course leaders Alice Máselníková and Andreas Ribbung as a part of the Creative Europe cooperation project Artist-Run Network Europe. 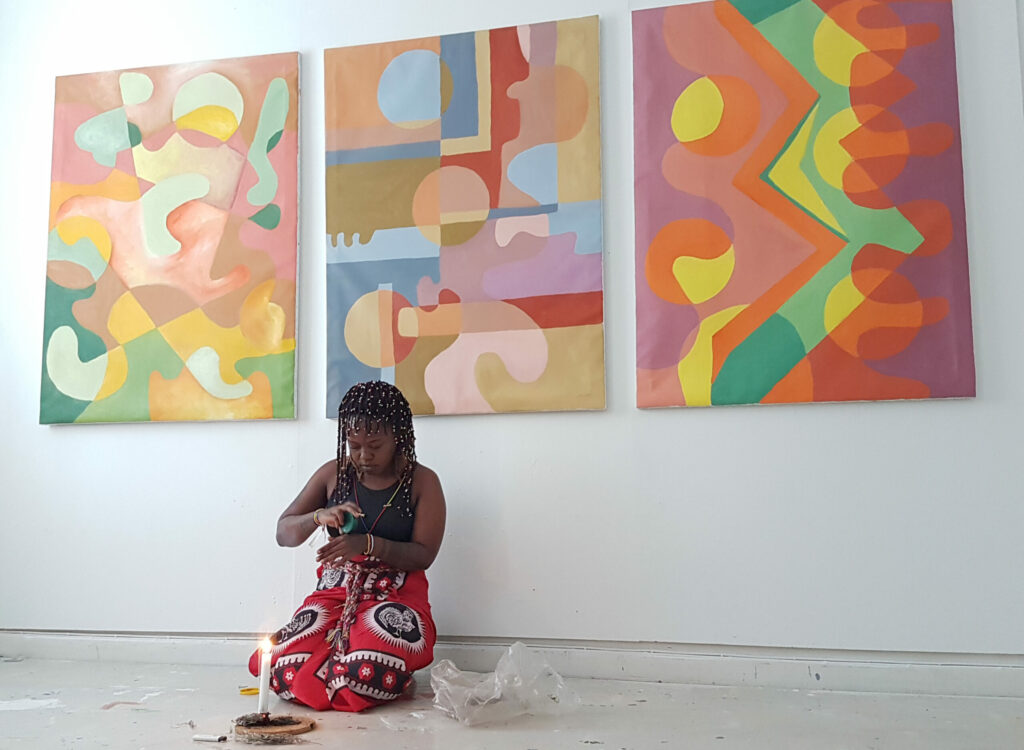 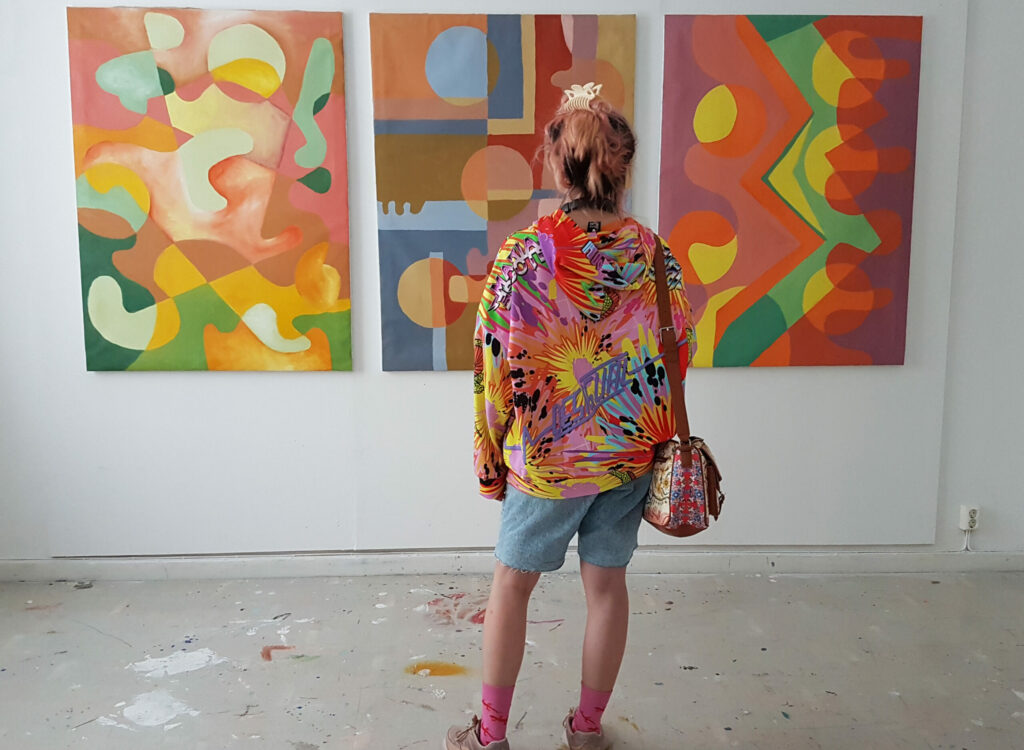 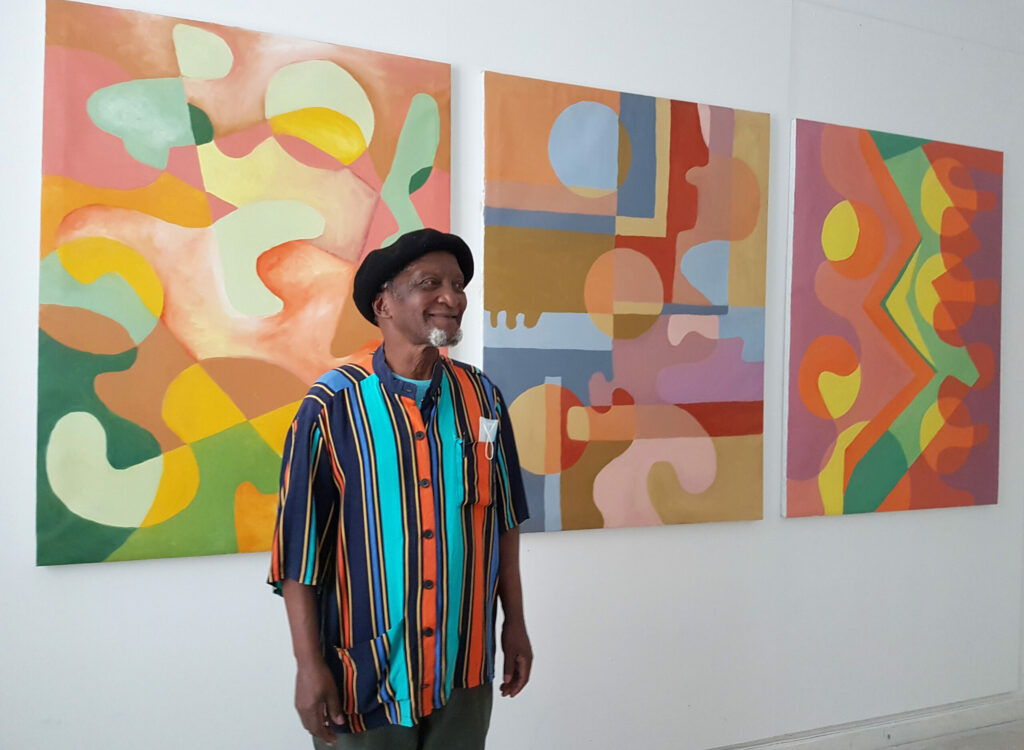 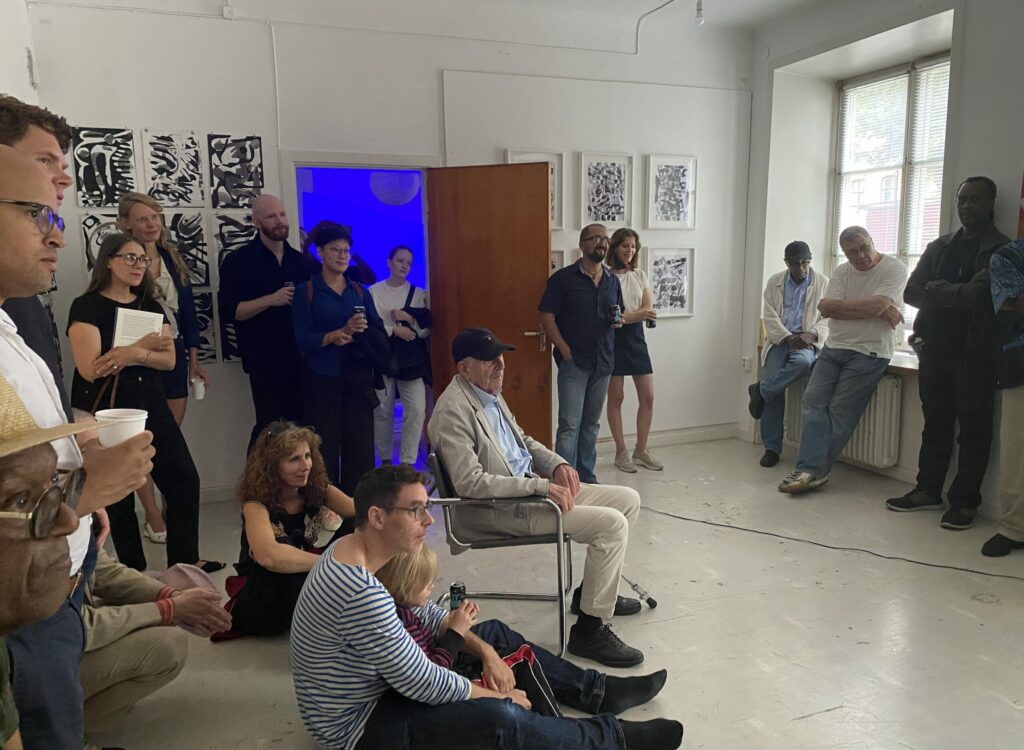